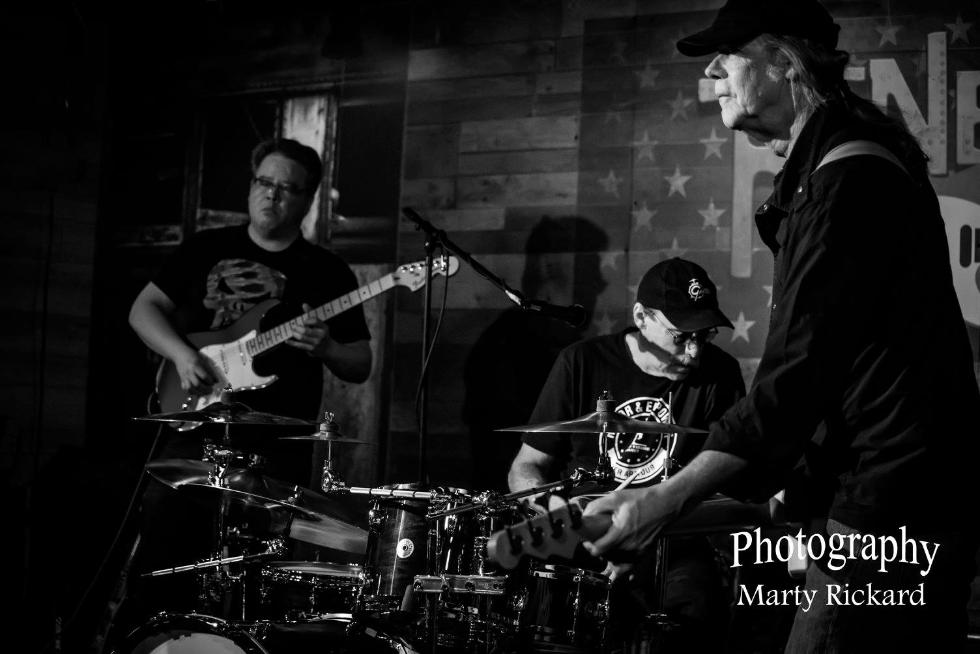 CLICK THE PLAYER BELOW TO HEAR HOLLAR STOMP DANCE!!!! 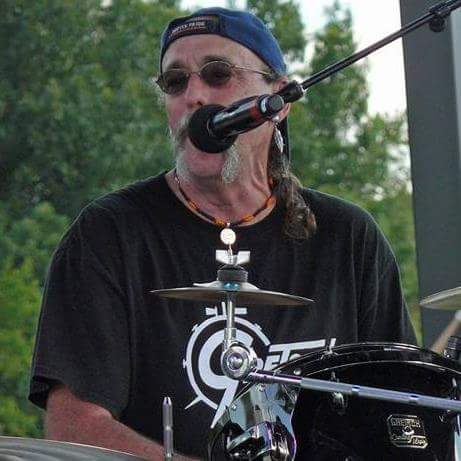 Hailing from Louisville, Kentucky, and a member of The Great Cherokee Nation, Shadowhawk's Mother once said that he was playing drums in the whom before he was born!!! Traditionally trained throughout school, and beyond by some of the great Jazz & Funk drummers such as:  Buddy Rich, Gene Kruppa, Gerry McKenzie, J.C. Heard, & Pistol Allen, the Beat was instilled into Shadowhawk early on. He played his first professional gig at the age of 13, in Windsor, Ontario, Canada with a Dixieland Band, and it was game on!!! The Stage and lights called to him and since he has been the driving force in a myriad of successful Bands in all genres, but The Blues is his forte'. First recorded & published at the age of 14, Mr. Ellis has 11 releases to his credit with 4 different Bands, 2 of which are of his own making, including The Blind Dog Blues Band, with Guitar great Charles "Pat" Patton and , & 5 releases with Broken Arrow Blues Band. From Speed Metal to Jazz, and from Classic Rock to in your face Blues, He "plays" the drums! With  years of stage and recording and touring experience under his belt that make him a true Veteran of the Music Industry.... Dues Paid!! 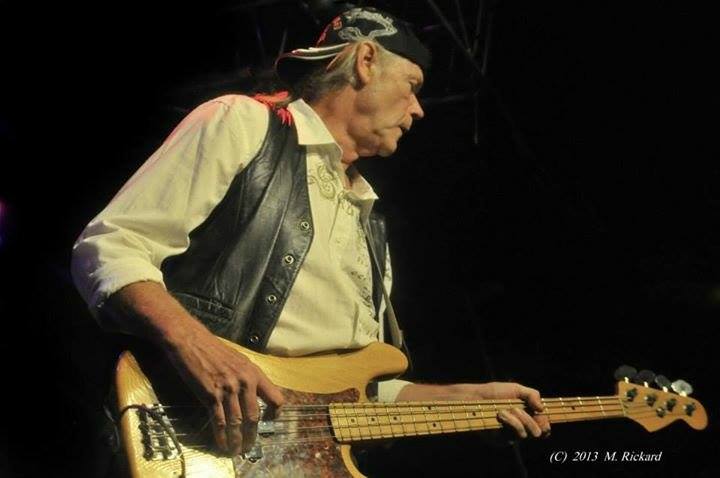 On the Electric  Bass,

Gary Rasmussen is one bad son of a bass player!  He’s from Detroit, MI and was a pioneer in the counter-Culture movement of the 60's. First gigs were as a guitar player at the normal places for a Kid of 13 & 14 tears old, but when his Brother needed a Bass player in "The UP" he moved to the Bass and has been there ever since. His pioneering style of Punk Rock deep pocket Bass has made Gary a very sought after bass player, globally and has put him on stages touring the world for decades with such famous names as Iggy Pop, Patty Smith, The Up, Sonic Rendezvous and Alvin Youngblood Hart, and countless Globally recognized bands as the go to guy for solid pockets and innovative lines. Gary can play anything from accompanying a Native wind flute player to Hard Driving Rock & Roll to Rockin' Blues & Boogie. or acoustuc Ballads.  Gary has awesome stage presence – his rock solid pocket holding things down added to his great attitude and Zen personality make him a perfect fit for the Broken Arrow Blues lineup. 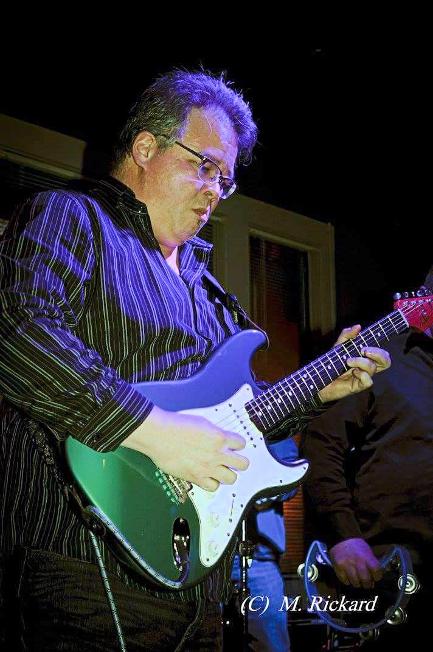 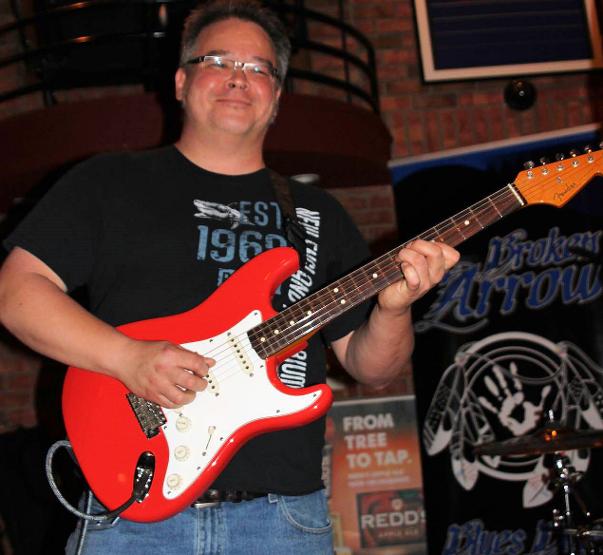 Hailing from the suburbs of Detroit is guitarist/vocalist Rich Hwang.  A veteran of the local and regional music scene.    Of mixed Asian and Anglo ancestry, Rich Hwang (pronounced similar to “Wong” but with an “H” in front), blends blues, rock and country guitar styles in an immediately identifiable, unexpected manner few have contemplated, and none have accomplished.    In an age of specialization and redundant clone players, Rich stands out from the pack with his desire to catch your ear with something other than what you’ve already heard a thousand times before, but the trip always starts (and ends) at home every time. Rich’s first foray into music was following an older sibling to piano lessons, at far too young an age.  Over time, Rich realized keyboards were not for him.    Later, inspired by his Father and friend’s living room jam sessions late into the night (and likely learning in his sleep), Rich had assembled a sonic collage from those endless, mostly blues based jam sessions and combined them with the rock material of the day….in his imagination, long before he even picked up a guitar.  When Rich finally did pick up a guitar in his pre-teen years he realized immediately…THIS was the sound he had to create.  Within 6 months, the bands, talent shows and backyard parties began.       Rich has been with Broken Arrow Blues since late 2014 when the guitar spot opened, and is a longtime friend and supporter of the band.   Coming from a similar circuit after decades of performing and recording with The Sidewinders, Johnny “yard dog” Jones, the Lightnin’ Wolf band, the Curtis Sumter project, as well as freelance projects too numerous to remember,  Rich has worked with all the best local and regional performers and brings a wealth of experience, creativity, and knowledge to the band.    Although the band will always be about kick-ass Detroit blues and boogie, as the primary melodic instrument Rich’s guitar work creates sonic landscapes never experienced in this context.   Although Rich’s goal is to take fans and listeners on a trip every time he picks up a guitar, at the end of the day he always takes you home again. Bobby Murray (Etta James, solo): “Rich Hwang is one of my favorite guitar players. We have some serious heavy hitters in metro Detroit and Rich is definitely at the forefront of that. And as we know here, a great guy to boot!”   Mark Pasman (radio personality, formerly WCSX, musician):  "One of the most distinctive guitar styles around...I love when he lets his super-charged country pickin' slip into his fluid blues lines....Wow!!  Rich is one of the great, great guitar players in the motor city” Mary McGuire Recording Artist, writer, arranger An excellent and precise fretician with huge ears and feel, Rich is great Shadowhawk   Drummer, Writer, Arranger, Producer.  Heard Rich decades back with Curtis Sumter Project, and then didn’t hear much about him. We (Gary & I), Hosted and founded the Music Series, “Michigan Guitar Legends” where we featured the best Detroit & Michigan has to offer. Rich did a showcase with us as part of that series and we knew, pretty much right then, Rich had a spot in the Band if he wanted it 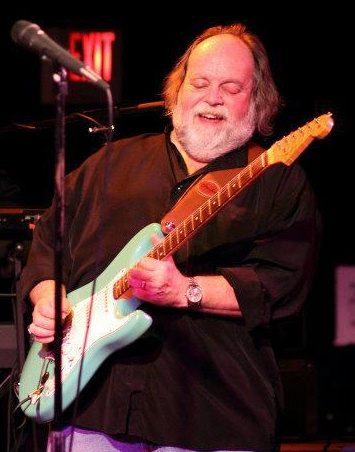 My Go To Stand By Guy

On Guitars & Vocals when needed and always ready

Will be a great friend and Fretician, Mr. Dennis Burr, Locally here in the Michigan area.  Who has been a mainstay in the Detroit Music scene for decades with most recently, The Maestro, The late Mr. Dick Wagner, Detroit Women and tons more.  Dennis is a Gentleman and a consummate pro.

Dennis has been THE guitar player we go to when the chips are down, always ready, and plays his ass off no matter what.

~~We can't even begin to THANK YOU Dennis for pullin us out of the fire again & again.

Full bios on all these Artists

are available upon request.